The Naracoorte Rogaine earlier this year was a milestone for me, being my 100th event (excluding Minigaines and Cyclogaines). My first rogaine was a 12 hr at Mt Crawford in 1994 when I partnered my son, Mark after his partner withdrew.  Since then I have averaged 4 events a year.  Below are snippets from basic notes I have recorded over the 25 years. 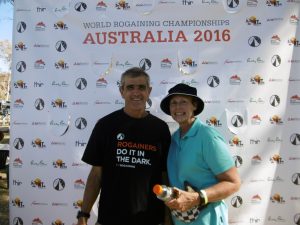 1st in the 2002 Metrogaine with Steve Cooper and Ross Dawson.

World Championships in Alice Springs in 2016.  Also had the largest map.

“The spur” at the Oz Champs in Tassie in 2011.  Took about 1½ hours to get between 2 controls down a rocky spur at night, with several 2m drop offs to negotiate.  Obviously not a good route choice. 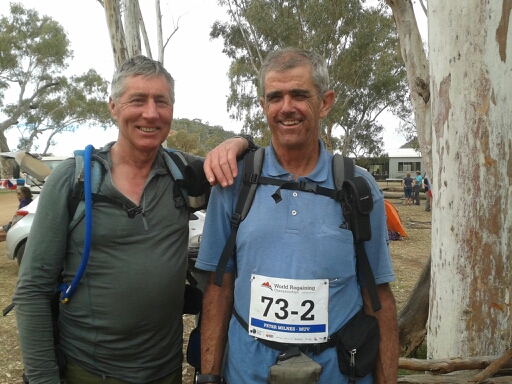 My partner in a Victorian event slid down a rock face during the night and speared his shin with a stick at the bottom.  He ended up with a boot full of blood, a night in hospital and 48 stitches in his leg.

“A bar on the spur” at Padthaway. Was a shed with a real bar that a farmer had set up. 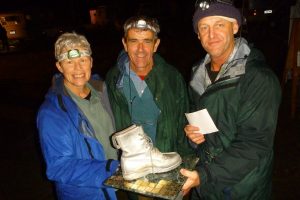 Visiting new areas not usually accessible to the public

Walking on a clear night under a full moon

Sharing the adventure of setting and competing with many wonderful people especially my wife, Sue.

Finalising the setting of my first rogaine while Sue was in intensive care for 27 days.

Losing my partner in a 6hr Metrogaine.

When SARA was hiring a truck for the equipment.  I would load it from the SARA container based at my work on a Friday afternoon, follow it to the event, unload, compete for 24hrs, reload, then follow it back to my work, unload into the container and arrive home around 10pm having no sleep for 40hrs. 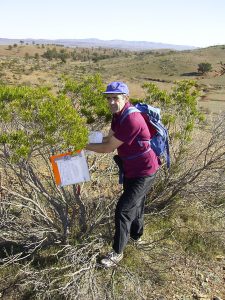 Co-setting the Oz Champs at Angorichina in 2012 with Rob Tucker.

3hr Minigaines:  Sue came up with the idea and we set the first one in 2001 at Hazelwood Park.

15/8hr Roving.  Organising the inaugural event in 2018 with Rob Tucker and Sue at Almerta

Being on the SARA committee for 21 years.

To do a rogaine with one or both of my grandsons. 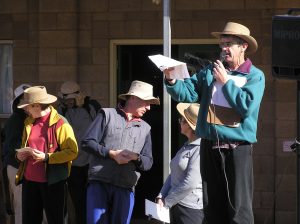 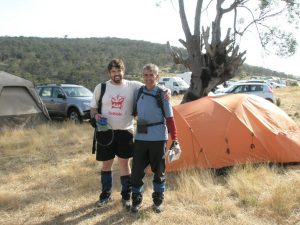 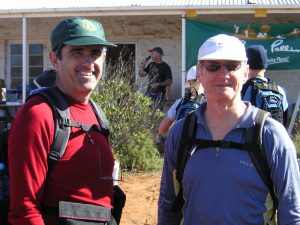