Setting the Hello-Wiliena rogaine was an amazing experience that I shared with my two boys. This was the first bush rogaine event that I had been involved in organising. In the early stages of the event preparation, my contribution to the setting / vetting process was limited; providing input at the armchair stage in Adelaide.  However, because my sons were still on school holidays in the week leading up to the event, there was a great opportunity for them to be involved in the process and go hiking around the Flinders Ranges.

We had a great time placing the checkpoints around the course.  It had all the bonuses of rogaining, like hiking with a purpose, without the time restraints of an event. This gave us licence to enjoy the surroundings, and flora and fauna (big and small).  My sons particularly enjoyed searching for and identifying the local insects (spiders, scorpions, centipedes and native cockroaches were highlights). Checkpoint placement also gave me opportunities to test my navigation techniques – which gets a bit rusty between events.   When navigating to the checkpoints, the locations had to be verified through the use of a GPS. Therefore, it was possible to check (or verify) my rogaining “strategies” against technology whilst focusing on different conversation topics ranging from spider behaviour, through to various Pokémon types.

Initially, I was a bit concerned about how much we could help set as we only had a 2WD car, compared to the other setters.  However, depending on the checkpoints that needed to be placed, people on the setting team were dropped off with a planned route to walk which could have been to another car or be picked up at another location.  On the first day, our checkpoint placement route included climbing to one of the highest points on the course (Checkpoint 95; with Evelyn [as the lead setter] as she hadn’t been to this point previously). This was a highlight, as it gave some fantastic views. Once we hit the hills the boys flaunted the benefits of youth and turned into mountain goats thoroughly enjoying the climbing, leaving me behind puffing like a steam train.

It wasn’t only the physical placement of the checkpoints that was an enjoyable experience, it was also going through the reasoning of the points placement and thoughts behind the course trying to make the navigation challenging, as well as safe and enjoyable.

There were also unexpected benefits which made the trip so memorable. The landowners were extremely welcoming and had young children as well. During the week, all the children (including others who helped with Administration, as well as those from other properties) got on like a house on fire.  The interaction with their new friends, gave my sons an interesting perspective of station life, including the history of the property and how schooling was undertaken in such a remote location through the School of the Air.  We also learned there was scouting equivalent to the school of the air called the Lone Scouts.

I would recommend that if you, or your family, have the opportunity to be involved in setting a bush event make yourself known to the SARA Committee. I found out that it is not only the rogaining aspects that are enjoyable, it is the other unexpected aspects of this community, such as getting to know the landowners and the local community, which just adds to the unique experience.

The last word came from my youngest son on the way home, simply asking ‘When can we help set up the next event?’. 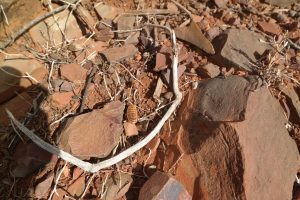 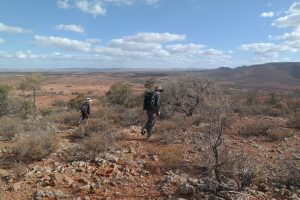