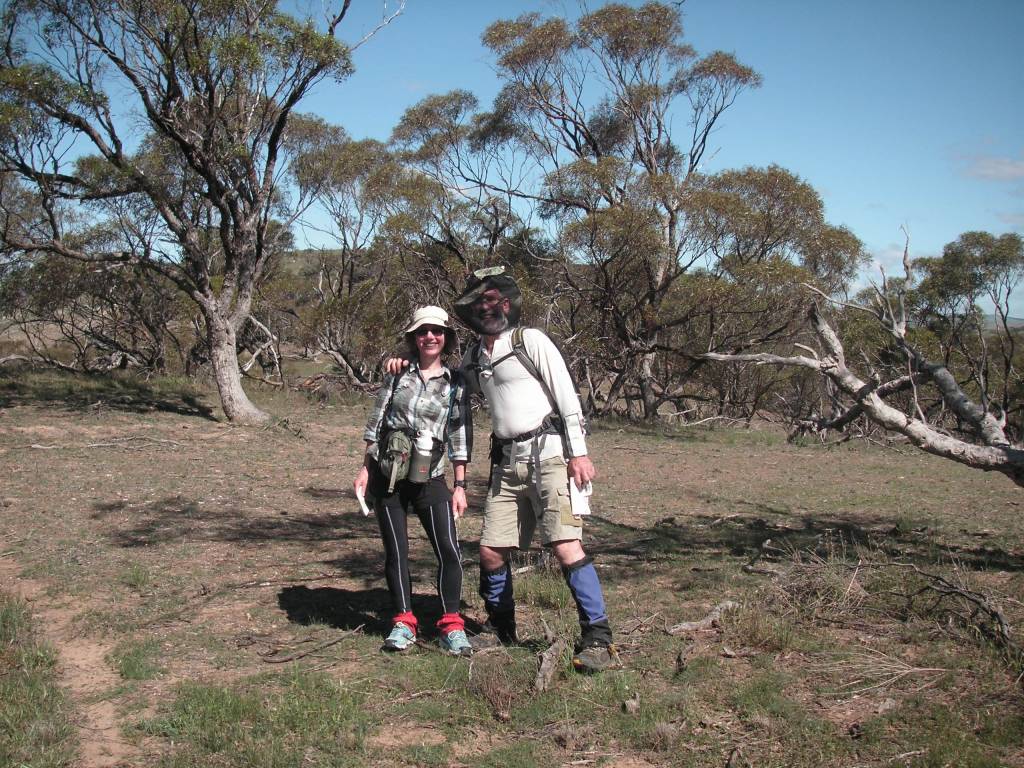 And wasn’t it? It was Craig who set our cracking pace (and he says I’m the competitive one), but it was also him who actually stopped several times during the event to photograph the breathtaking views.

Once we got our maps, we did our usual string bit and didn’t take long to work out a suitable course. We only had two contentions, the first being how far we would go – Craig estimating 50km (based on his last 12hr event at Rynie, partnered with John Soden) and me estimating 40km (also based on Rynie where I went with Tarnya and comfortably completed around 36km). Craig won out as he was the one working the string, but I made sure we had several cop out route choices if we got too far behind. As it turned out, we didn’t need these. As previously mentioned, Craig set a cracking pace, especially during the first 8 controls where younger teams or those doing the 6hr, seemed to be flying past us (sometimes more than once).

Our second dilemma was over the possibility of dropping our packs on the road after control 64 and doing the south western loop and retrieving them again after 54. I was concerned that, as nice as this would be, in a 14km loop anything could happen, especially as it was turning dark during this time. In this instance Craig agreed with me and we kept our packs. Our real error here was that we should have reconsidered all the route options in this SW corner, as we could have shaved off over a km of our track. It wasn’t until we were well on our way from 64 to 35 that I realised our error in not collecting 54 en route.  In hindsight, this may have cost us a chance at taking out first place.

Heading north and picking up some big points early, and collecting the controls in the flat mallee scrub by daylight seemed an obvious route out, a route that seemed to be shared by the majority of teams, especially the 12hr teams. It was only after we deviated from 67 to 57 that we found ourselves alone as most teams continued south. We were chuffed to find that we were the first to fill in the intention sheets as we were going along, and Craig, no longer feeling the pressure of having teams pass us, dropped to a more acceptable speed, i.e. I didn’t have to jog every few minutes to catch up anymore – did I mention that I was getting rather grumpy before this?

Once on our own, we saw several kangaroos – often only two together – and we kept ourselves amused by imagining that those two were covering a lot of ground and they must be getting quite exhausted. That was until we had a Jurassic Park moment where we were going up a broad gully only to have a  troop of kangaroos come over the spur and make their way straight towards us. There was no convenient log to shelter behind, but luckily the kangaroos were easily intimidated and turned away from us. They may also not have been as spooked as the poor herd of whateverasaurs in the movie, as it was only Tyson and Fern making their way down the hill, and not a T-Rex.

Our only other contentious moment with the animal kingdom arrived at dusk when we were passing some cows in a paddock and I exclaimed at the cuteness of a calf which was crossing our path, until its rather large mother came over to protect it. We tried to appear as non-threatening as possible and veered a little off course to avoid any possible misunderstandings. Craig insists it was a bull. We also saw several goats and a rather well fed fox who wasn’t concerned by us at all.

Craig’s navigation at night was spot on, which was good because I took my glasses off when I put my head torch on and couldn’t read the map at all, apart from the control circles and the creeks. Contours were a complete mystery to me, especially as the night wore on and my torch light dimmed considerably. I’m not using rechargeables again!

When we got to control 66 near the HH we still had 35 minutes to spare – did this give us time to collect 42 and be back in time? Hmmm, it was a distance of approximately 2.5 km in the scrub. The team in front of us (by 9 minutes) thought they could, so obviously this meant that we could too (did I mention that we are not exactly Einsteins?) So, once again we hightailed it through the scrub, passing some considerable holes in the ground until we found the control. Then we caught up to the teams in front, after which we all raced together to the finish. Amazing what a little competition can do to weary souls… and we still had 10 minutes to spare.

Earlier, when sizing up the competition, I had thought we would end up 5th or 6th so I was really pleased to find us placed second, and only 20 points behind Paul and Des, who are normally well out of reach.

So it was almost worth the grumpiness, heat and flies. Oh, did I mention that I didn’t like the heat and flies? They were the Hell bit in God’s country. 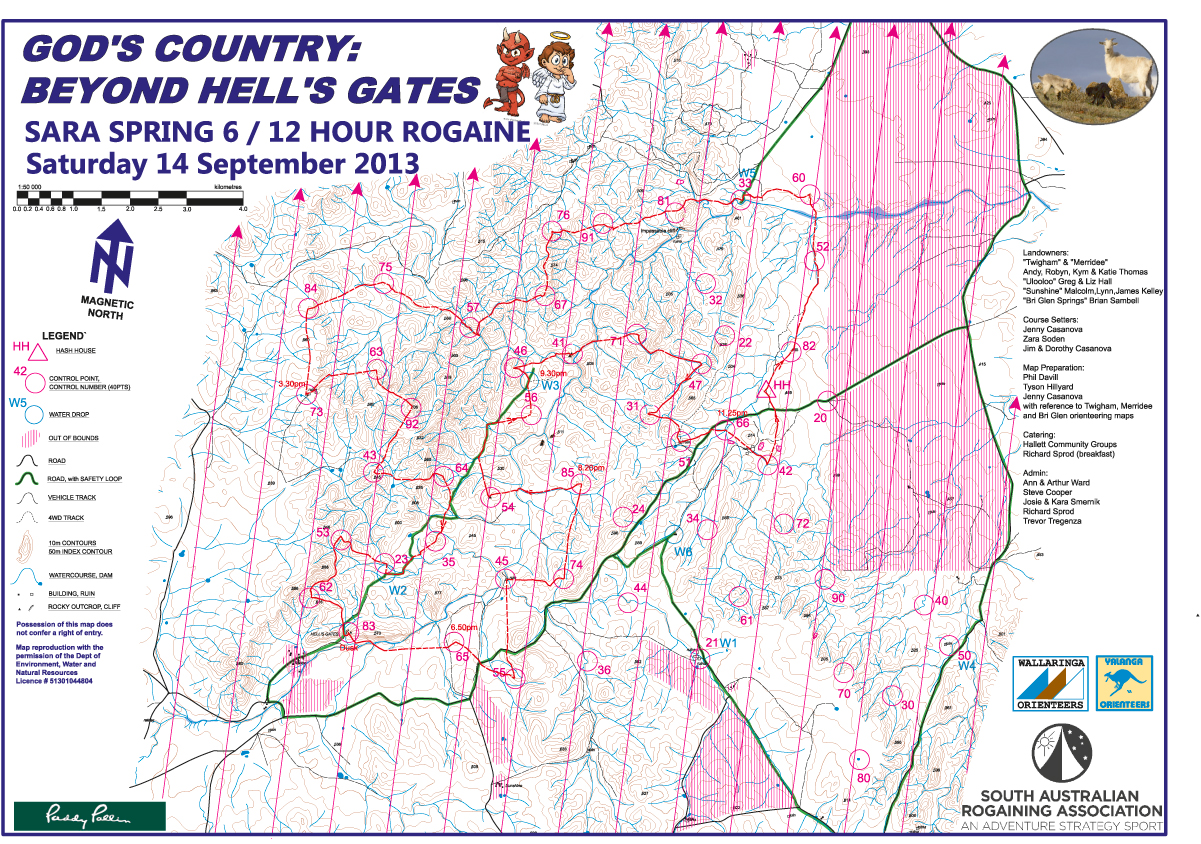