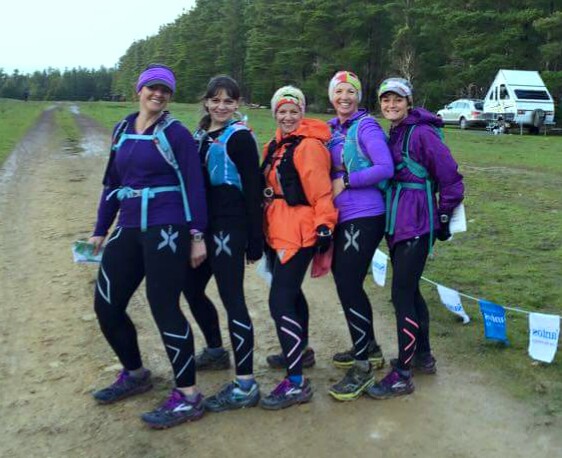 It was time to get a team together for the Kuipto 6 hour Rogaine so my Rogainer team constant Tania put the call out. Very quickly we had a new team together. Tania, Nikki and myself who have a couple of rogaines under our belt, Michelle and Kerry who were game enough to join us for the first one. So nominated team captain Tania registered The YUMmy Chicks! Aptly named as we are all doing Yurrebilla Ultra Marathon this year! Let the planning begin!

Lot’s of communication about required food and supplies for the day and how we were getting there. Most importantly Michelle volunteered to supply the bubbles for the finish! Awesome!  All set! And the day arrived!

We arrived nice and early to give us plenty of time to set up and be map ready. It was very cold but the sun was out and we set up the table and chairs and enjoyed a hot coffee and morning tea. 9.00 am came around quickly.  Route planning began outside but very quickly moved to Michelle’s Torago when the rain began!

We were working on roughly 4-5km/hr which would set us a goal of 30km. It seemed like a plan to leave the lower points near the HH until we were on the way back and pick those up as time allowed. North East seemed to be a plan picking up some easier points on the way to 94. Then South West to Kyeema Conservation Park picking up 91 and 90. Then working back toward the HH. In total we amounted 1000 points and covered about 28km. 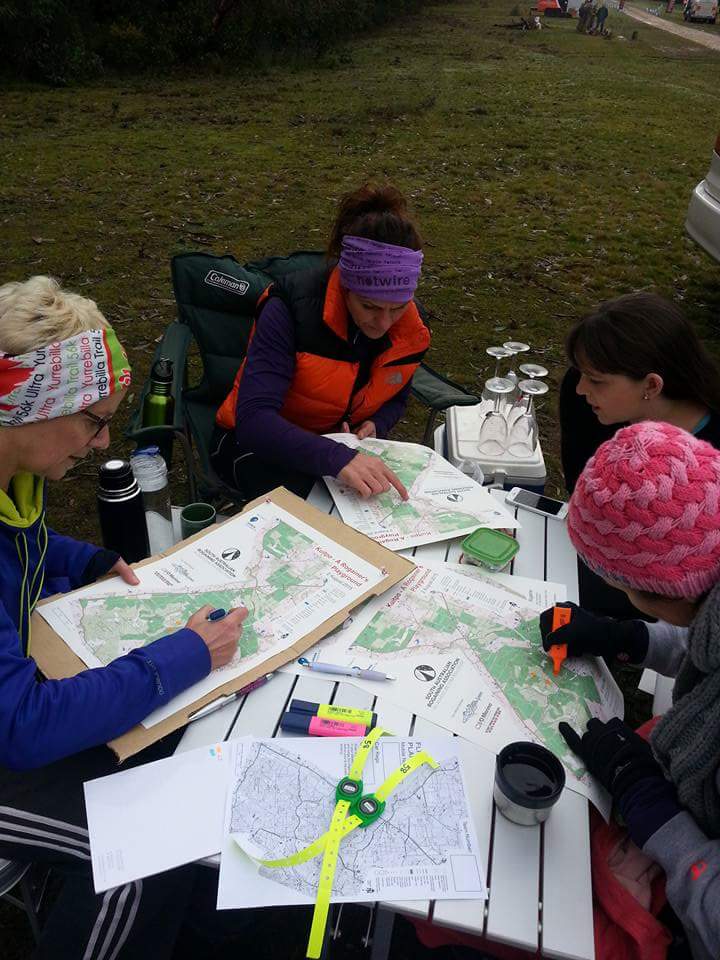 Awesome! Back to the HH and a celebration drink, some hot food (thank you)  and the presentation.

The fun along the way far surpassed our achievement! We ran, walked, climbed, waded, sunk in mud up to our ankles, talked, laughed and sang.

“..on the fifth day of Christmas there were 5 girls in 2xU! 4 wearing Brooks, 3 Salomon vests, 2 Yurrebilla buffs and 1 bloody awesome team!”.

We had such a great time!

Congratulations to the other teams for venturing out in not the most pleasant conditions, all the winners ( I am in awe) the committee and the fantastic volunteers!

We had a ball!